The Waiting is the Hardest Part 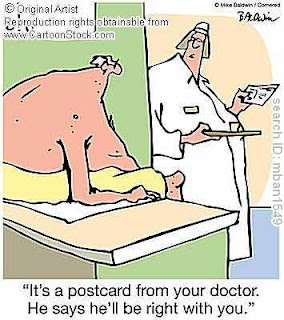 Waiting in line. Waiting for water to boil. The DMV. Disneyland. The doctor's office. Delays. I had hoped for a summer release of the Android version of Stick Pick, as well as the Universal iOS version (with better iPad resolution) but unfortunately, development is taking longer than I had anticipated. While the Android version could drop any day, the soonest the iOS Universal version will be released has now been pushed to December, 2012. On the bright side, last week, iOS 6 was released without any adverse affect on Stick Pick. Some of you may recall that the release of iOS 5, Apple's fifth update to iOS, actually caused a pesky little text-size formatting issue in Stick Pick. Fortunately, in less than a week, we pushed out an update that promptly fixed the problem, but updates are notorious for breaking little things in apps, and I'm fortunate that Stick Pick appears to be running normal.

There are numerous features I'd like to see come to fruition in future updates to Stick Pick -- many of which users have already contacted me about: such as import/export of student data, syncing across devices, making anecdotal records, and a host of other really cool ideas. I can assure you that these features will incrementally make it into Stick Pick. Until then, I appreciate your continued support and for using Stick Pick.
Posted by Buzz Garwood at 11:36 PM